In 2019, the Guardian reported the story about Captain Ayyappan Swaminathan. His Cargo ship ended up becoming a floating prison from which he and his crew couldn’t escape without forfeiting thousands of dollars in unpaid wages.

The vessels owner ran into financial difficulties and couldn’t pay the seafarers. The crew literally became prisoners aboard this vessel with no wages, fuel or supplies. And, unfortunately, this isn’t a unique situation either. Worldwide, 4,866 seafarers on a total of 336 vessels have been recorded as abandoned onboard ships as reported by the IMO and the International Labour Organisation since 2004.

There has been endless media coverage of the ‘perfect storm’ across the maritime industry since around 2007. We’re all ofay with the problems, such as overcapacity, plummeting freight rates, bankruptcy and profit warnings. And these have been the main contributing factors to this problem.  The knock-on impact of a shipping operator going bust obviously has a direct impact on employees.

At the beginning of the year, with increasing fuel prices due to the implementation of IMO 2020. When fuel accounts for 70% of a vessels operating cost it’s no surprise that operators came under financial strain. And now with the added pressure of decarbonization and Covid-19 there are additional complications.

The latter, in particular, has had an immediate impact, even on those that are financially secure.

Far away from home

Today, hundreds of operators have been affected due to travel restrictions. And now the seafarers are dealing with isolation, fatigue, and prolonged periods away from home effecting seafarer’s wellbeing. Approximately 20% have contemplated suicide or self-harm, according to a recent Yale University study.

Thankfully, the issue has gained a lot of attention with 150,000 crew blocked from travel. In response the IMO issued a 12-step plan, early May, to provide the 174 member states with a roadmap to free seafarers from their Covid-19 nightmare. (View Roadmap)

Around the world we have seen many heartwarming posts, thanking frontline workers – doctors, nurses, and the like. These people have been doing a hugely important job, at risk to their personal health and that of their family – they warrant our gratitude.

But the seafaring community hasn’t been recognized by applause, TV commercials or signs of thanks in windows. They have however been working intensely to keep the global economy and supply chains moving.

So, to all those seafarers around the world, Bulugo simply wanted to say thank you.

The Mission to Seafarers

To make this thank you more tangible, Bulugo will be supporting The Mission to Seafarers charity on an ongoing basis.

This incredible charity supports men and women around the world, who work at sea. Helping them to deal with money worries, mental health issues, loneliness, piracy and shipwreck.  As well as abandonment, just like Captain Ayyappan Swaminathan and his crew. They provided crucial support and helped raise awareness to resolve the dispute.

Bulugo recently participating in the Global Champions Unite, 90-day challenge to raise funds for the charity. The team ran, walked and cycled the length of the English Channel a whopping 560km. However, although this challenge is complete and the team smashed through their target, there are many more initiatives to get involved in.

Please keep an eye out for the next Bulugo Challenge and support us! 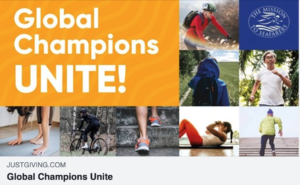 We recommend you listen to Captain Ayyappan Swaminathan story – Abandoned at Sea the invisible seafarers trying to get home:

Bulugo partnership agreement that gives sea-going personnel the ability to procure bunker fuel and lubricants, digitally, onboard their vessel.

Marine Digitalisation: Buy or build your own technology?

Gone are the days when a decision was needed to embrace digitalisation or not. Digital initiatives have supercharged the maritime sector in abundance over the last couple of years. The question now is whether you should buy the technology you need from a third party or build it yourself.